Being a mother of three boys has brought me a lot of joy. Boys seem to be more about getting out there, exploring and mastering their world on a physical level with a the kind of bold I have only seen in a couple of girls. They approach challenges and obstacles with a sense of confidence and resilience and are never too afraid to try it again, even with a broken arm in a cast! They are little warriors, carrying their blades inside their shirt on their backs, they are loyal soldiers fighting for their world against aliens from another world in their console games, they are their favourite Fast And Furious characters as they run their matchbox cars down a hand made ramp in the kitchen, they are champion gymnasts as they do their flips on the trampoline, they are good guys or bad guys as they play cops and robbers with their NERF guns, they are MMA fighters as they spar each other at their local martial arts centre. They put their all into what they are doing at the time, filling a role as they play. Boys are simply amazing. So why am I afraid for them?

We live in a world now where things are different from when I was a child. We all had that violent neighbourhood boy, that boy who’s parents had split and the parent they now lived with was never home or didn’t care. He would act out in the most horrendous ways. That boy who was never taught how to respect another person, that boy who was never taught any manners, that boy who didn’t know how to control his anger. That boy who was not taught self worth. That boy who at his core just wanted someone to give him love and boundaries at the same time, but never got it because he was that kid was “damaged goods” and so you weren’t allowed to play with him anymore. That boy who went to prison in his late teens because he stabbed someone at a pub. When I was young there weren’t many of those boys around, they lived out a lonely existence or only had one friend who was in the same situation, and when we came across them we were usually in a larger group, all we had to worry about was the strange adult in the car who might stop and entice us to come closer. These days, we have to worry about “that boy” because he is many, and they are absolutely everywhere, and they are hanging out in a group at a park near you.

My oldest son is 10 and by most definitions he is ready to start walking to school on his own, walk to his friends houses on his own and ride his bike to the park to play on the jumps, he is ready to meet his friends at different parks and houses. Yes, he can look both ways before crossing the road and knows not to talk to adults who approach him which is all we needed to be able to do to access freedom. We as a society are armed with information on how your child can protect themselves from “the white van man” but there is little information on how to stop your child from being harassed by a group of older teens, and that is probably because there is no way to do it. These boys are looking for a fight, and smaller kids are no exception.

I wonder what the world has in store for my boys when they can drive a car, when they can go to the pub or night clubs, when they can go to parties, it is the violence of this day which scares me. All I can do is teach them to walk away from a fight they don’t have to engage in, but arm them with skills in case they are cornered.

In the grand scheme of things I am looking forward to them beginning their life of fun and teenage shenanigans, that is what being a teen is all about! I made some fantastic memories as a teen and young adult, I want them to have that and I refuse to take that away from them. I am doing my best as a Mum to teach them to be street smart. My Husband grew up in the rough part of Birmingham so he is giving them some fantastic advice, I just worry about them going into a world which I don’t know much about anymore, and which no longer makes sense to me. There will be a time where I just have to sit back and watch as their life happens before my very eyes. 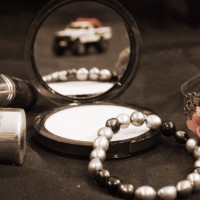 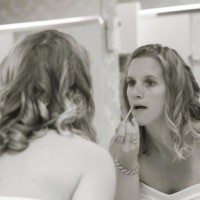 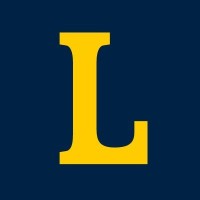